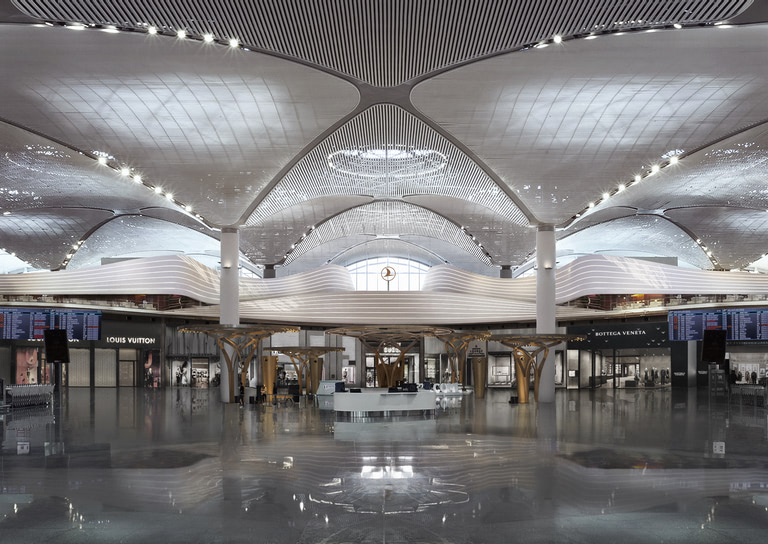 A global hub between continents, Instanbul Airport is simply grand in scale, and grand in design. Its website greets you with a captivating 'Magical Journeys Start Here'. Passengers of the lounges of Turkish Airlines are greeted with modern aesthetics, warm colors, and simply stunning lighting design. 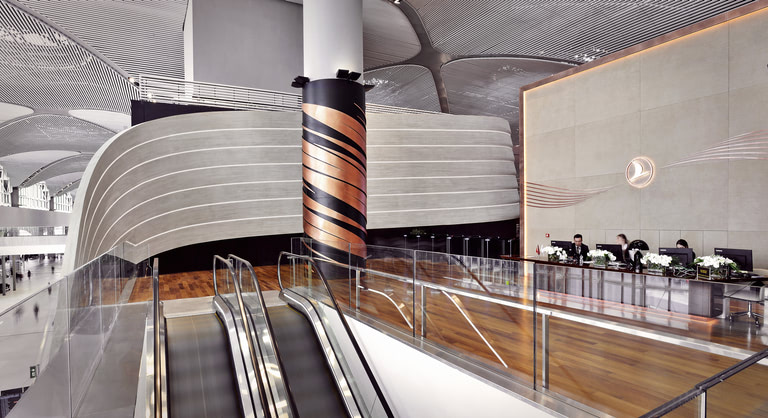 Architects Softroom explains that 'the Flow Wall is immediately identifiable from the entrance, highlighting the prime location of the Turkish Airlines' lounges as a centrepiece of the terminal.' 'The surface is divided by seven flowing lines, representing how Turkish Airlines connect the continents of the world. Light is also used to increase intuitive wayfinding. Flow lines in the wall itself are animated by over five-and-a-half kilometres of programmable LED lighting that can pulse or glow when needed, and overhead strips of lighting at the lower levels follow the contours of particular routes, reflecting off the highly polished floor.'

LEDFlex provided more than 10 km of linear LEDs, using the MADRIX 5 Software to programm 'the light into contemporary, colour changing wave-like movements.' By using around 650 DMX universes alone for the largest area, MADRIX 5 maximum and MADRIX 5 professional were specified for this project. 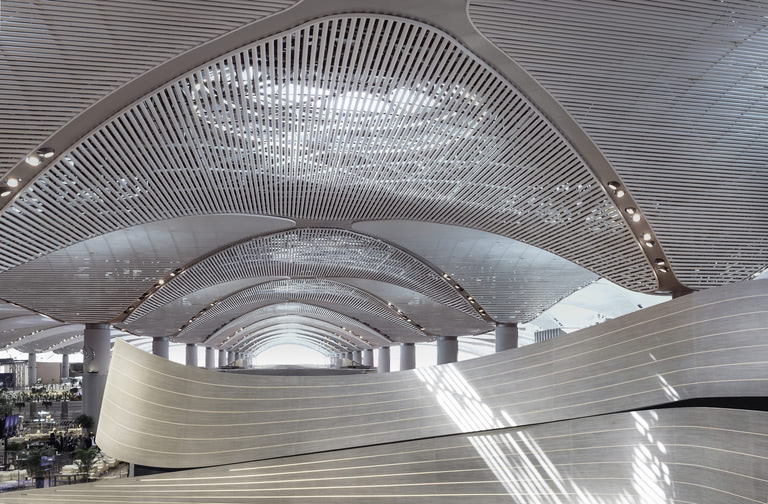 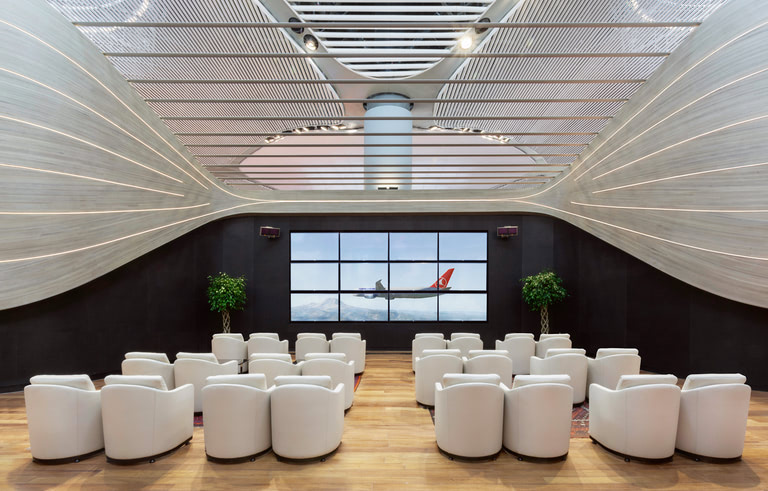 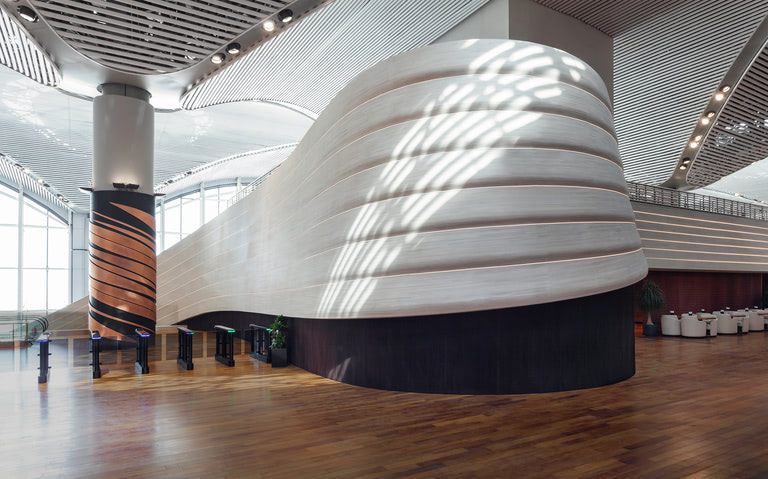